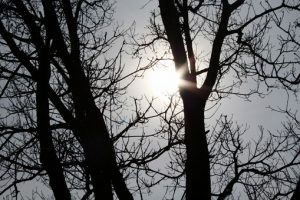 There is power in stories.  They can entertain us, scare us, move us to tears and teach us.  Memories are the stories that we tell ourselves about where we have been in our lives: what we have done–and what has been done to us.

Young and old alike often relax with a sense of anticipation when someone says…let me tell you a story.  This is where Life Review Therapy comes in.

What is Life Review Therapy?

Life Review Therapy involves looking at our past from the perspective of today.  The goal is to help the individual, couple or family to find meaning and resolution regarding a painful incident and be able to move on peacefully—either in life or death.

Let me tell you a story…an elderly man (Eric) remembers an incident involving his mother when he was five years old.  On that particular summer afternoon he arrived home from playing baseball with his friends—He was hungry and wanted a snack.

When he came into the kitchen, looking for a cookie, his mother noticed that he had big rips in the knees of his pants—essentially they were ruined.  His mother reacted swiftly and strongly—she began yelling, telling him that he was careless.  She then broke down in tears and sent him to his room—with no dinner.  This reaction from his Mom was shocking to him as it was unusual and unexpected.   Sitting alone in his room, no longer hungry, Eric cried as his mom’s words reverberated in his head.  From that time on, whenever he broke or lost something—he would hear his mother’s voice telling him that he was careless.  And he believed it.

How could Life Review Therapy be Used to Help Eric?

In a therapy session, Eric and his therapist would talk about the story.  The therapist would ask Eric to tell her a story about his past.  Eric would self-select the story.  Part of the therapy is Eric being able to tell his story to an attentive person.  The therapist would support him with any emotions that may come up in the telling.  Then, together, they would start to explore the context of the story—what was going on at that time in his mother’s or family’s life?  Together, they would explore the story from the perspective of ‘Eric the adult’, while at the same time, holding ‘Eric the child’ in a safe place.

As the context was explored, Eric recognized that this was about the time that his father had lost his job.  Eric was the middle of three boys, and his hand-me-downs would be needed for his younger sibling.  Not only would his ruined pants not be available for his brother, but Eric would need a replacement pair.

Heading Towards a New Perspective

In that moment, as Eric wondered about the situation from his mother’s perspective, he realized that what his mom was reacting to may not have been to him personally, but instead her fear of not being able to provide for her family, as well as the stress of the job loss.  He remembered the terror he felt the first time he lost a job and wondered how he was going to afford rent.  Eric also remembered that things never seemed quite the same in his family after that incident as no one seemed to very happy as his Dad was out of work for a while.  Eric had carried the belief that it was his carelessness that had caused the change—becoming one of his core beliefs.  Not only was he careless, but when things went wrong, it was his fault.  Through looking at ‘Eric the adult’s’ grown up memories and experiences, he was able to see that this wasn’t correct and begin to question this belief.

This story is a simplified example.  Processing a particularly difficult story may take more than one session.  Sometimes looking at negative core beliefs require looking at many stories that are feeding the belief.

The Benefit of Listening

As already stated—there is power in stories.  And the telling is only half of the equation—there is also power in listening.  As a psychotherapist, my job is to listen.  I suggest that no matter what our lives look like, we can all listen.  When we really pay attention to what others are saying to us, we are giving them a gift that is powerful and meaningful.

As you’re listening, please take the time to enjoy the legendary Harry Chapin…