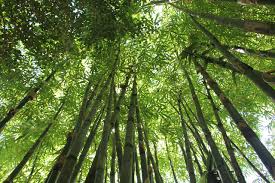 Often the greatest wisdom comes from someone who is, or has lived through, a certain experience. When I discovered this “Point of View” article  entitled “Grief is a Genesis, Not a Finale” in the May/June 2017 issue of Psychology Today, I knew that I wanted to share it on this site.  Below is Ms. Sabbage’s article in its entirety.
The author, Sophie Sabbage, continues her journey, and is the author of the book and PT blog The Cancer Whisperer.
Before I was diagnosed with incurable cancer at the age of 48, I had passed grief by like a stranger on the street. I had reserved it for death and heartbreak, the shattering losses that bend us double—but not for the regrets, disappointments, and failures that also ask us to grieve. I thought it brought closure, but now I know that grief gives life.

The news of my condition unfolded over a six-week period, one tumor at a time. First my lungs; then the lymph nodes in my throat and chest; then my bones—ribs, shoulders, spine. And finally, multiple lesions in my brain. My options seemed extremely limited, but I soon heard about a pioneering oncologist in Mexico who was reversing late-stage cancer and didn’t turn patients down. After emailing him my scan results we clung to this whisper of possibility, waiting for it to mature into certainty.

The call didn’t come for two weeks. My husband, John, took it while I was putting our 4-year-old daughter, Gabriella, to bed. I could hear the sound of his voice downstairs, but the words were muffled so I focused on her bedtime story and helping her fall asleep. This involved lying next to her while she snuggled into my armpit and kneed me in the ribs a dozen times before her perpetually moving legs finally gave up the ghost. When she looked up at me and said, “Mummy, my legs won’t let me sleep,” I wondered where they would carry her in the future and if I would be there to see it. I wondered. I yearned. I prayed.

John said walking up the stairs that evening was the steepest climb of his life. He had to tell me that the oncologist who doesn’t turn patients down had turned me down; that I was that far gone.

Grief didn’t burst its banks when he told me. There was no wailing or gnashing of teeth. Instead it visited us like a living entity and enfolded my whole family in its blanket. John was desolate. It had taken us so many years to find each other and he loves me so much. But his pain distracted me from mine. I could attend to it instead of cratering inside. I could kiss the top of Gabriella’s head, pull my husband onto the bed with us and take what this moment had to offer: the great love we had found, the scale of which could only be matched by the sorrow we felt at the prospect of leaving each other after too short an embrace on Earth; and our high-voltage daughter, who wears her father’s smile as she explodes toward tomorrow and whose legs have a life of their own.

Grief became my guest and an almost constant companion. I was letting go of what I had achieved in life (like conceiving Gabriella after being told I couldn’t have children) while lamenting what I hadn’t achieved and wouldn’t: buying a forever home for my family when I could finally afford it; withering with my husband into beneficent old age while our daughter rises into her purpose like a blood-red sun on a black-and-silver sea; writing books. Each day brought another letting go. The vision in my left eye faded. I forgot how to spell simple words and sometimes forgot the words themselves. I closed the consulting business I had spent 20 years building. I stopped driving my car. The large tumor on my vertebra, at the midpoint of my neck, pressed against my spinal column and truncated my countryside walks until I could only putter around the garden. And the day came when I couldn’t pick up my daughter from a standing position—which was almost more than I could bear.

With each loss I turned toward grief instead of away from it, and began to discover its true nature. This was partly prompted by discovering that, according to Chinese medicine, grief is held in the lungs. Since I had lung cancer, this begged the question, “What have I not been grieving and why?” I was convinced that cancer is as much an emotional and psychological disease as it is a physical one, so this line of inquiry seemed as essential to my healing as the medical treatments that slowly began to turn things around. My cancer needed me to grieve and I needed cancer to discover my grief.

The biggest breakthrough came when I visited a small herd of horses in a field just a few minutes’ walk from my house. I had grown up with horses in the lush green valleys of South Wales, where galloping into the wind over the vaulted hills was the best way I knew how to silence the incessant inner self-criticism that marked my teenage years. I continued riding as an adult, usually on vacation, and it had remained one of my greatest joys in life. That day, just a few weeks after the Mexican doctor turned me down, the horses walked up and encircled me, like the standing stones of Stonehenge. Initially, I was delighted, but as I stroked their soft necks I realized I would never ride again because my tumor-clad spine couldn’t tolerate any jarring. And thus, in a wet field on a cold winter day, my heart broke like a levee with grief.

Far from dragging me down, however, grief raised me up. As it rolled through my cells I felt lighter, freer and literally more able to breathe. My body continued to break down for a while, but my heart’s locked-in hurts began to heal. I was able to forgive those I hadn’t forgiven, from the girl who bullied me in the playground as an 8-year-old to the various sexual assaults I had discounted because I didn’t want to make a fuss. Perhaps more important, I was able to forgive myself. I knew the part I had played in my disease, the ways I had mistreated my body through my youth, the relentless bending my life into an apology for my blessings as well as my flaws. Physically, I could barely turn my head from side to side, but emotionally I was beginning to lift it without shame.

There is a “break” in the word breakthrough—something must break for something new to grow. This is what grief does. It broke my denial, restoring me to the stark naked reality of what I was facing and thus to the natural order of things. It offered a bridge from the life I had planned to the life I was actually living. Where fear closed my heart, grief opened it. It drew back the curtain on what I have loved and do love. Because its purpose is to keep love alive.

When some of the long-standing friends I had assumed would show up with vegetable casseroles retreated from my imminent demise in awkward silence, I felt hurt and angry. Among these was my best friend for nearly 20 years. We had fallen out nine months before my diagnosis over some differences that had been brewing for some time, but I felt confident that we would resolve them. We had been business partners as well as friends and often taught conflict resolution to our clients. We needed time to lick our mutually inflicted wounds, but we also knew how to heal them. It was what we did.

On hearing I had cancer she emailed me to “find solace in one another again,” but I was wary. I was extremely vulnerable at that time and death was stalking me like a permanent shadow. My condition didn’t heal the hurt or diminish the depth of our differences. Nor did I want cancer to become a get-out-of-jail-free clause for the things we both needed to apologize for and forgive. Instead, it called for a deep dialogue and heartfelt reconciliation—or so I thought.

She wasn’t up for it. I asked for a meeting to talk through what had happened between us instead of brushing it under the carpet. I said things that were better saved for face-to-face, or  not said at all. I was raw as sushi at the time and regret how I handled it, but I don’t regret refusing to gloss over undercurrents of animosity when I most needed to feel safe. She requested that there be “no further communication between us.” And that was that.

At the time I didn’t know that this decision would free me to move into a completely new sphere of friendship, vocation, and service—or that gratitude would supersede the pain. I have not forgotten who she was to me and still miss her acutely some days. But I remember her with love, not rancor, because I gave our friendship to the river of grief that has merged with my bloodstream and now flows like oxygen through my beckoning life.

Grief released friends who backed away as gratefully as it received the friends I had long since alienated or lost touch with. They reappeared with gentle eyes and ready hands as if the years between were merely parentheses in an unfinished sentence. All of it liberated me to love more honestly. And thanks to grief, the authentic intimacies of my life prevailed.

Within three months of medical treatments and emotional healing my life force returned along with my vision and ability to spell. I can pick up my now 6-year-old daughter. I even galloped a dappled grey horse along a Moroccan beach. I wrote a book. I am still living with the death sentence I was given over two years ago, but it keeps the channels of grief open, which rise and fall like a tide, but always deliver me back to the shores of what I cherish most. My greatest wish is for cancer to leave me so I can raise my darling girl until she is self-assured enough to run headlong into her destiny. But I hope grief remains. My love is less without it. Not entirely itself.

Grief is the most unlikely gift cancer has conferred on me. It walked me through the fog of my despair into a vast landscape where I could see the heavens overhead and feel the mercies underfoot. Grief freed my spirit before it left my body and, in a very real sense, it raised me from the dead.