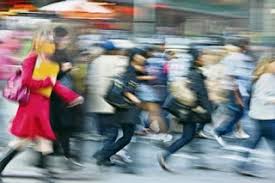 I read a lot.  I read to increase my knowledge to be useful to my clients.  I read in order to figure out how to do things, and I read for pleasure. Despite the number of books and articles that I read, it’s not often that I experience a “really?!” moment.  However, that’s what happened when I recently read Closure:  The Rush to End Grief and What It Costs Us by Nancy Berns.

As the title suggests, the premise of Closure is that, in Western culture we are encouraged not only to hurry through the grief process, but that there is an acceptable way to do so. The “acceptable way” can be summed up in the idea of “closure”.

What comes to mind when you think of “closure”?  Chances are that your ideas may be different if you are a mathematician, business person or jeweler.  From a psychological perspective, the Cambridge English Dictionary defines closure as “the feeling or act of bringing an unpleasant situation, time or experience to an end, so that you are able to start new activities”.  This definition suggests a distinct point in time–the point between the past and future.

However, is closure that cut and dried?  How do we know when we’ve attained it?  Do we even want it?

For Emily (teacher) and Darren (general manager at a golf course), this particular Tuesday started out as usual.  They woke up with the alarm clock at 7 a.m.  He walked the dog while she showered.  Emily made breakfast while Darren got dressed.  They quickly ate together, sharing their plans for the day before heading off to work.  Suddenly, at 11:15 a.m., things went terribly wrong.

Darren was meeting with the catering manager when he received a call from Emily’s principal.  Emily had passed out while supervising the morning nutrition break and had been rushed by ambulance to the local hospital.

By the time Darren arrived at the emergency department 15 minutes later , Emily had died. The autopsy showed that Emily had succumbed to a massive heart attack.  She was 34 years old.

The following days were a blur for Darren.  Family members arrived to help with decisions. The meeting at the funeral home revolved around choices that would help Darren, and others,  to say goodbye to Emily and reach a place of closure.  Not sure what to do, Darren followed everyone’s advice to have a traditional funeral and reception.  At the reception, many people commented that Emily would have been pleased with the service and how that must help him to find closure.

After a month, Darren returned to work.  He was still dazed, and decided that a regular routine would be helpful.  When colleagues noticed that he ‘still’ wasn’t himself, he received suggestions on how he could move ahead in his grief in order to find closure. Friends also added their opinions about his behaviour with comments about how to move on.  They told him stories of how others in his situation had been able to find closure after the death of a loved one.

Angry, hurt and frustrated by others’ input, Darren decided to deal with his grief privately–no longer telling people the truth of how he was feeling.  If closure meant that he would leave Emily behind, and if that’s what was expected of him, he had no interest.

Berns states that the addition of “closure” language has become a common part of grief culture, along with the idea that we haven’t successfully completed our grief journey until we have reached a place of closure and are able to move on.  However, many people, like Darren, feel that the idea of closure isn’t possible as the pain of grief never goes away. The pain decreases, but it never disappears.  In fact, some people adamantly resist the idea of closure as they don’t want to say goodbye forever.

To make matters worse, closure language can put pressure on people who are already feeling unsteady as they try to cope with a ‘new normal’.  If they aren’t experiencing closure or have decided that they don’t want closure (as defined by cultural norms), they may fell that they are not “doing it right” and feel shame on top of all the other emotions that they are dealing with.  These people often say that they have found closure as a way to be acceptable in the eyes of others–even if they haven’t.  This rushing and faking may prevent them from performing the tasks of grieving.

The Tasks of Grieving

While there isn’t a universal map for the grief process, there are recognized tasks for the journey.  J. William Worden in his book Grief Counseling and Grief Therapy, suggests that the following four tasks are part of the grieving process.

The goal of these tasks is to adjust to a new reality and integrate the missing person, place or thing into that reality.  We are not leaving anything behind,  unless we choose to.

Closure and Grief as a Commodity

Now for an explanation of my “really?!” experience.  I feel that grief is a normal and natural response to a life-changing event.  It is a process that takes as long as it takes–an individual journey, with individual results.  When we are told what that process should look like and what the end goal should be (i.e. closure), I have a problem.

Closure:  The Rush to End Grief and What It Costs Us provides many examples of how closure has become a commodity.  Berns describes how closure language has been used to sell everything from public memorials, capital punishment (Berns is writing in the US), as well as extravagant funeral and burial services for both people and pets.

The author goes on to show examples of elaborate (and sometimes grotesque) divorce parties that include everything from a pinata featuring a picture of your ex-partner’s face, to small caskets for wedding ring burials and divorce cakes with headless grooms or brides.  The goal is a sense of fun and closure.  Really!?

As a therapist, I question the value of the grief process being treated as a sales opportunity to the person living with loss.  As Darren experienced, the funeral home was “selling” closure.   Depending where Emily died, an autopsy may not have been required, but could have been offered as a way to provide closure for Darren and his family.  If Darren had decided against a traditional funeral, he may have been approached by a business offering to turn Emily’s ashes into jewelry or sew them into custom-made stuffed toys that can be distributed to loved ones.

Some companies specialize in scattering ashes either by boat or plane–their message being that we find closure in this act, and that we better not attempt it ourselves. There are successful and unsuccessful ways to spread ashes, and it’s important to leave it to the ‘professionals’.

How Can We Avoid the Commodification of Grief?

When we are in the throes of loss, we can be at our most vulnerable to the opinions of others.  We may begin to doubt ourselves, as well as our ability to know what’s best for ourselves and loved ones.  How can we avoid being sold things that we don’t want in search of “closure”?

And now for one of the most touching scenes from Forrest Gump…bring your Kleenex!