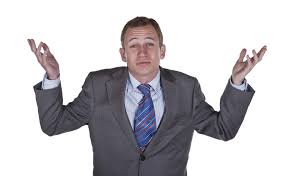 As humans, we have a tendency to think of the worst case scenario.  A boss looks grumpy and we fantasize about losing our job.  We get a call from our child’s school and we imagine a playground accident or possible suspension.  A bad headache arrives, and we’re picking out our funeral clothes.

However, the catastrophes that we imagine, often never happen.  The boss is smiling an hour later, the teacher is calling to let us know that our child is being considered for an award, and the headache is only a headache.  We return to a sense of perspective.

Unfortunately, when we are dealing with mental health challenges, our sense of perspective can be illusive.  Everything feels like an overwhelming crisis.

Natalie (age 40) and her wife (Jane) recently separated after being together for 15 years.  The decision to end the relationship was mutual, and they are now in the process of working with lawyers on a separation agreement.  There are no children involved, making the creation of the agreement fairly straightforward.

Natalie has struggled with anxiety and depression throughout her adult life, and been able to manage her symptoms with a combination of self-care and medication.  However, even though the decision to separate was amicable, Natalie experienced an increase in her anxiety as she and Jane worked though the process of dividing possessions, deciding on how to tell their friends and family, and many of the other life ripples that come after making a big decision.

Shortly after Jane moved out of their house (pending it’s sale), Natalie started to feel as if her body was ‘revving’ all the time–she couldn’t relax or settle to anything.  As she felt more overwhelmed, her sleep patterns changed–sleepless nights spent listening to house noises and ruminating on past and future decisions.  As time passed, the ‘revving’ morphed into a general fear of the future.

It was after experiencing a panic attack (first one in 10 years) while looking at paint colours for her new apartment, that Natalie decided to talk to a therapist. 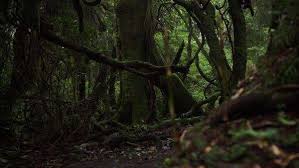 When we pay attention, we can notice that anxiety arrives slowly.  It may feel as if we wake up one day ANXIOUS, but looking back we can follow the trail.  Even though Natalie had history with anxiety and depression, it’s return wasn’t immediately visible.  Instead, her symptoms were lost in the situational stress she was experiencing.

When working with clients experiencing anxiety one of the first things we do is start looking for triggers–becoming anxiety scientists.   Keeping track of the body sensations, thoughts and emotions that lead to feelings of anxiety.  For Natalie, she and her therapist would be exploring the thoughts that proceeded her body “revving”, or the messages that were keeping her up at night.

As Natalie worked with her therapist, it became clear that while Natalie’s increased level of anxiety was centred on two areas.  The first was situational:  her recent separation from Jane, and the resulting major life transitions.  The second was Natalie’s fear of her unknown future.  What would her life look like now that she was single?  She was happy with her decision not to have children when she thought that she and Jane would be together “till death did them part”, but now the idea of being alone for the rest of her life was terrifying!

The “So What” Game 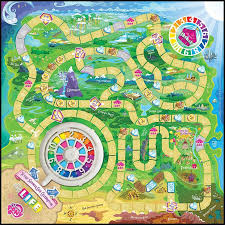 The “So What” game is quite simple in theory, and takes some work.  It involves taking the thoughts and worries that are leading to anxiety and basically following their path to their conclusion.  As we follow where the path leads, we check to determine how reasonable the thoughts are and if necessary, what is the plan to deal with them.

Ruminating about fears of the future…specific fear that she has made the wrong decision in agreeing to end her relationship with Jane…why she is afraid that she made a mistake…if she’s not in a relationship, she will grow old alone.

Once we have some content of the fear (it isn’t also so easy to determine), then we can decide on it’s likeliness of happening, and look at a plan.  Growing old alone is a normal fear, but in Natalie’s case is it reasonable?  There is no reason to assume that Natalie won’t re-partner at some point (if she chooses to).  However, if she doesn’t, what’s her plan?

Natalie realized that, during her relationship with Jane, she had lost contact with many of her friends and family members.  Also, their “couple” friends had originally been Jane’s friends and we now rallying around Jane.  Natalie’s feelings of isolation were contributing to her anxiety.  Her immediate plan was to reach out to old friends and check in with family members.

Natalie also decided that she needed to create a new life for herself.  Her future plan is to think about interests she would like to pursue and find communities that support those interests.

The Benefits of “So What”

Anxiety can be related to the fear of the unknown.  When we look at what is making us afraid and come up with a plan, we take some control over the situation.  We also gain a sense of perspective as we discover that perhaps our worst fears aren’t as likely as we think that are.  When we decide that we can live with the worst, we’re no longer as afraid.

Because Natalie had a history of anxiety and depression, her recovery included checking in with her doctor to see if her medication was still appropriate.  She also restarted her self-care practice of exercise, breathing exercises and healthy diet.

Natalie used the “So What” game every time that she encountered new fears and used the results to add to her plan.  Getting over the grief of a  lost relationship and doing the work of moving on is difficult, so she was adding self-compassion into her plan.