Now that summer has truly arrived with a vengeance–+40 degrees with the humidity anyone?  Slowing down is something to think about.

The following is from the archives.  Enjoy! 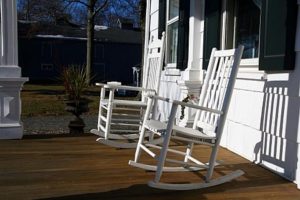 A few weeks ago, I wrote about self-care and it’s importance for mental health. Part of self-care is giving ourselves permission to slow down. But what does “slowing down” look like?  I suggest that it will look different for everyone and that there are no shortage of resources to help us find our way.

The Popularity of “Slow”

The first time I heard of “slow” was in the context of slow food.  In 1986 Carlo Petrini, an Italian, started a group that celebrated the concept and practice of enjoying local food, that is lovingly prepar

ed, and shared with friends and family.  This group was in protest to a McDonald’s restaurant that was being built in his town.  Part of his plan, against what he saw as the encroachment of fast food into his fellow neighbours’ way of life, was to dismantle the McDonald’s at night (himself with a band of followers)–while it was being built.  The legal repercussions of this are another story, and included in the creation stories of the Slow Food Movement.

Since Petrini’s start in 1986, the Slow Food Movement has become an international institution that not only includes the founder’s initial plan, but also the idea of local eating, organic foods and beverages, as well as preserving various food preparation skills.

The slow movement has spread to the idea of slow money, slow fashion, slow cities, slow schools…the list goes on.

If you are interested in finding more information on this concept, the following books are worth checking out.

In Praise of Slowness:  Challenging the Cult of Speed by Carl Honore
Slow is Beautiful:  New Visions of Community, Leisure, and Joie de Vivre by Cecile Andrews.

Sounds Interesting, But What Gets in the Way of Slowing Down?

Recently, a colleague and I were discussing self-care and why it’s so difficult to slow down–especially when it would be in our best interest to do so. She suggested that it comes down to being attached to outcomes. When we have a fixed idea of how things should be, we can become incredibly invested in making situations, people, etc. fit our ideal.

One way that outcome attachment is visible is when we have a picture in our mind of what we should be doing and how productive we should be.   This attachment can become a problem when we are fixed on a certain plan or idea and then react negatively when we can’t fulfill that plan.  Often our answer is to speed up rather than slow down in an effort to shape our world.

How Can We Slow Down?

While slowing down looks different for each person, I suggest that in each case it involves letting go of our attachment to outcomes.  In Buddhist psychology, attachment (to states of mind, situations, our plans for the future) leads to suffering (pain in our lives). What would happen if we allowed ourselves to be less in control?  Would our lives start to have room for some ease?

The act of slowing down often takes deliberate effort.  In the April 22, 2017 issue of the New York Times International Weekly, there appeared a brief article by David Leonhardt entitled:  You’re Too Busy.  You Need to a ‘Shultz Hour’.  The article describes the habit of George Shultz (US Secretary of State in the 1980’s) to carve one hour each week for quiet reflection.  During that time he would think about the strategic aspects of his job, and ponder larger questions.

Similar to the book reviewed last week—Solitude:  A Singular Life in a Crowded World–the individuals Leonhardt interviewed in the article would agree with Solitude’s author Michael Harris about the negative impact that technology has had on the practice of slowing down.

“Whether you decide a Shultz Hour makes sense for you, I’d encourage you not to fool yourself into thinking that you can easily change your habits in little ways here and there. The ubiquity of smartphones, together with our culture of celebrating busyness, makes ad-hoc approaches difficult.  You are much more likely to carve out time for strategic thinking by making concrete changes to your habits.”

The author’s suggestion? Hide your phone…sounds easy, but how many of us could actually do it?

There are lots of bloggers that explore and chronicle their experiences of slowing down.  I recently discovered Cait Flanders, a blogger out of British Columbia, who has decided that 2017 will be her ‘year of slow living’.  Her posts are insightful and provide great tips.  I encourage you to check our her blog.

Slowing Down and Self-Care

Slowing down can be a key component of self-care.  However, the guilt we feel about taking things at a quieter pace, may defeat the purpose.  Often we have a fixed idea of what we want self-care to look like–get to the gym six days/week, floss our teeth daily, get to bed before 11 p.m…. The list can be endless, and we beat ourselves up when we haven’t been able to meet our self-care goals.  How will we be able to maintain the outcome we desire of being able to fit into a size 8 dress if we don’t push ourselves? How reasonable is this?

My friend and I decided that perhaps a better question is:  What do we need right now?  If the answer is something less healthy, spend the time to slow down and explore the feelings underneath the desire.  Am I really hungry, or do I need to sleep or talk to a friend about the challenging day I’ve had?

The Benefits of “Slow”:  A Real-life Example

In researching this post, I encountered a clip that told the following story.  An ambulance driver was taking part in a community group focused on the idea of ‘slow living’.  He decided to see what would happen if he drove slightly slower when rushing to an emergency call.  (I assume that he did this when it wasn’t an actual emergency!).  He found that by slowing down, he gave the drivers ahead of him more time to get out of the way, and he was able to reach his destination in less time than if he had increased his speed. Interesting… I wonder how much more productive we would be if we weren’t in such a rush.

To borrow a great line that I recently heard:  “You ain’t going to get all your possums up the same tree.”  My addition is, why rush around trying?

Now, if you have 20 minutes to spare, I invite you to take some time and listen to a Ted Talk from one of the ‘masters of slow’–Carl Honore.  Enjoy!