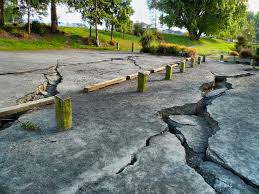 At some point in our lives we go through periods of transition and discernment about where to go next.  We can learn so much from the experiences of others.

Below is the latest  “Point of View” article entitled “When the Ground Cracked” published in the October 2017 issue of Psychology Today.  It is a moving and honest account of moving through this process.  Here is Tova Mirvis’ article in its entirety.

Tova Mirvis is the author of three novels and The Book of Separation, a memoir to be published this month.

The blind date had been arranged by a friend of mine who thought that this young man and I were perfect for each other. He was a first-year law student who knew many of my friends. I was a senior in college, a few months away from graduating and awash in uncertainty about what was to come.

In the Modern Orthodox Jewish community of which we were both a part, the rules of courtship were rigidly prescribed. Physical contact was prohibited. Dating was intended to lead directly to marriage and family. Since childhood, I had been taught to believe in a detailed set of rules and a preordained truth. Orthodox Judaism was a life built of minute actions, each one a single brick that contributed to a reliably secure structure.

Aaron, as I’ll call him, was sweet, soft-spoken, and gentle, and on our first date, at a local kosher restaurant, we catalogued all the ways we were similar. We had been raised in the same religious sphere, one that espoused the idea that you could be part of the secular world yet remain strictly observant. Ours was a world of studying sacred texts, adhering to the exacting laws of the Sabbath, and eating only food that had been rabbinically approved. The innumerable rules not only governed every aspect of our lives, they also built a community that was all-encompassing. By remaining inside it, we were surrounded by people who ordered their lives as we did, getting together for Sabbath meals and living in close proximity to one another. We didn’t have to challenge or struggle or question; we just had to follow the path laid out for us.

This was especially comforting because I sometimes felt the presence of a wily inner self. It was as if other versions of me were hidden inside, like a Russian nesting doll. Ever since I was a little girl, sitting beside my mother in synagogue, I would look around at the other congregants who were supposedly deep in prayer and wonder what they were really thinking. In accordance with the strict laws of modesty, the married women wore hats, many of which blocked their faces from view. I was curious about what more complicated stories might lie beneath. Were they as happy and faithful as they outwardly appeared? Did they really believe the content of the prayers they recited, or did they sometimes chafe at the abundance of Jewish laws that regulated their lives? Did they have any doubts, like me?

Aaron and I got engaged 12 weeks after our first date. I was a little nervous about how quickly we’d made this decision, but I pushed away the feeling. There was a clear path before me now. To be engaged seemed to lock in who I was and would always be. Getting married felt like an insurance policy against the possibility of change. At our wedding, I walked down the aisle, a tulle veil covering my face and casting the world in an ethereal haze. The ring on my finger bound me not just to my husband but to our religious life together.

I was correct that marriage was the best way to quiet my questions, at least for a while. We had three children and raised them the way we had both been raised. I dutifully instilled in them the Jewish teachings that had been drilled into me, though I sometimes heard an inner voice questioning what I was saying. And I still found myself glancing at the people around me in synagogue, though now I was one of the married women wearing a hat that drew a line across my view. I quietly wondered: Did anyone else harbor fantasies of escape? Did they ever feel that the truest parts of themselves had to be kept out of sight, even from those who presumably knew them best?
“I don’t know if I really believe in this,” I would sometimes confess to Aaron, wishing for the freedom to lay bare my full self, hoping that we had the kind of marriage in which we could burrow down to the raw truth. An anxious look would flash across his face. “But I want to be Orthodox,” he would say.

“I know. We are,” I would assure him, tucking away the questions. We had originally connected because we were so similar, the life path we yearned to follow so rigid and certain. Now, years later, there was simply no way to change course.

At night, in the dark, my unease emerged nonetheless. I lay awake imagining the firm ground below me giving way to cracks. Or pulling a thread on a sweater and watching as it came apart in my hands. I wondered what would have happened had I not gotten engaged so young, so quickly. What if I had allowed myself the time to question and wrestle and experiment? What if I hadn’t been so afraid of the unknown?

I continued to observe the rules of Orthodoxy, hoping all this activity might eventually take the shape of actual belief.  I felt alone in my marriage but warned myself away from the hard places—it was easier to remain in denial about the differences between us, which I saw no way to change. I still didn’t know if anyone else felt the same searing loneliness, the same jagged-edged doubt that I did. But I couldn’t hide from the fact that I didn’t believe in the tenets of my faith. And there wasn’t any space inside my marriage for the person I was slowly becoming.

As I neared my 40th birthday, my questions took on an urgent tone. For how long would I try to deny what I really knew? I recalled how on holidays as a child, I eagerly anticipated the moment when a group of designated men blessed the congregation. With their black and white prayer shawls pulled over their heads, these men recited a special incantation while the rest of us followed the strict admonition not to look at them, mindful of the stories of what supernatural punishment could befall a person who did: Some said you would go blind, or become corrupted. Automatically heeding the rules, I kept my eyes squeezed shut, afraid of seeing something forbidden.

Now, I could no longer keep my eyes closed.

I left my marriage. I stopped going to synagogue. I began to break the religious rules. After years spent trying to keep both my marriage and my faith intact, the two came apart with a single snap.

Surely many married people have room to change and evolve within their relationship. Surely, for some people, marriage and faith can be disentangled, one remaining intact while the other falls away. But for me, leaving one necessitated leaving the other. From the start, they were entirely intertwined. Orthodox life was the foundation that my marriage was built on, so as the former dissolved, so did the latter. Both were structures that were supposed to match the shape of who I was, and instead, both had come to feel like a vise.

Divorced and no longer Orthodox, I had no clear path before me. There were no more assurances that if I followed a specific set of rules I would be blessed and content. There was no longer a defined, clear-cut way to raise my children, whose custody my ex and I shared. Now at sundown on Friday, when I once would have lit the Sabbath candles at an exact time, preparing for a day to be observed in a precise way, I could go anywhere, do anything. But I wasn’t sure what I wanted that to be. Now when I ate nonkosher food or wore sleeveless shirts that I once deemed immodest, it was hard to recognize myself. Each transgression was new and destabilizing, each its own separate leave-taking.

Gone, too, that web of community that had always surrounded me—those invitations to Sabbath dinner tables, that comfort of knowing that community members would show up with meals if there was an illness or death in my family. Many of my Orthodox friends ceased speaking to me altogether. I discovered that sometimes the price to be paid for freedom is loneliness.

But slowly, the sense of disorientation began to ease. Soon it felt less strange to break rules that had once seemed so taboo. I accepted that change always comes with loss. I came to understand that the people who no longer spoke to me were part of one small world; with time, there would be other worlds I would discover for myself. I began to enjoy the fact that I could sample new foods, explore new places, entertain new ideas, meet new people, try out new ways of being. 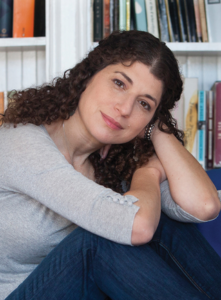 I still had questions: How could I maintain a sense of tradition? How could I ease my guilt about having upended so much of my life? But now there was room for doubt and uncertainty, growth and change. I didn’t have to convince myself that I believed things when I didn’t. I didn’t have to teach my children to adhere to rules whose validity and value I questioned. It became easier to say what I really thought. There were no easy answers, but after all this time, I felt as if my eyes were finally open.