Bringing this one back from the archives – with the cold weather that’s blasted through Ontario recently, we’ve all gotten a reminder that the holidays are coming.  The holidays can be a time of joy as well as a time of stress. Do you have a plan for your own holidays?

As I write this, the weather has become colder, decorations are in store windows and the local grocery store has been playing carols since the day after Halloween.  Whatever your tradition:  Christmas, Hanukkah, Kwanzaa or Festivus, it’s becoming impossible to ignore the fact that the holidays are fast approaching.

While main-stream media perpetuates the idea of the holidays as a time of gift-giving, spending time with family and friends and eating beautifully prepared food; this is not the reality for many people.  For some people, financial difficulties may prevent them from buying the same number or type of gifts they were able to give in previous years.  For others, 2017 may have brought a change in family/relationship structures either through death, divorce or family members and/or friends moving away.  Even happy events such as the birth of a child or the addition of a new adult member into the family can lead to changes in previous holiday traditions.

Instead of anticipating the holidays with a sense of dread, how can we make the ‘season’ as peaceful as possible?

Consult and Plan Ahead

Once we recognize that not only is the festive season coming, but that it will be ‘different’ this year; having a plan for the holidays goes a long way to working through any potential rough spots. 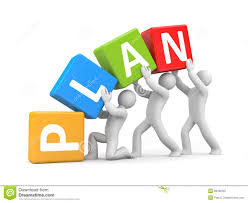 Contrary to popular belief, traditions can adapt to deal with new circumstances.  However, consultation is key. If these traditions involve others, a sound idea is to have ‘the conversation’ before the event is looming. That way everyone is agreed on the new plan and has time to make necessary changes.   For example, Aunt Shirley may not be open to limiting the price of gifts to $10, if you tell her the week before Christmas, and she has already spent $100 on your gift.

Do Something Completely Different 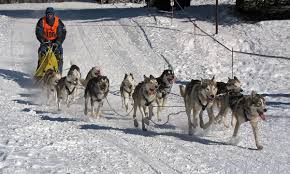 Sometimes it can be fun to take a break from our traditions and do something completely different.  Rather than missing what isn’t there, we focus on doing something new.  Often families may choose to travel over the holiday season rather than be reminded of a loss–whether it’s loved one, relationship, job, pet, etc.  Once they are through the ‘year of firsts’ they may return to their regular plans, but in the short-term creating a new plan is a way of getting through the ‘first holiday’.

If You Are Going To Be Alone, Take Advantage of the Holiday Buildup 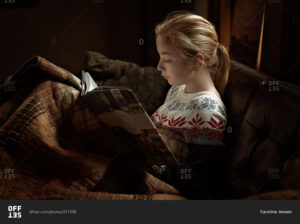 In most traditions, the celebrations last for more than one day.  Let’s take Christmas for example.  While the main focus is usually on December 25th, many events start to happen anytime from mid-November onward.  If you know that you are going to be alone on “the day” (and this isn’t your first choice), get your fill of pre-December 25th events, and then plan a special day for yourself filled with activities that have special meaning for you. 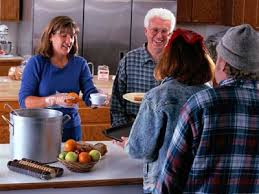 No matter your holiday tradition, one common factor is love for each other. This time of year provides many opportunities to give back to your community.  Volunteer at a shelter, visit seniors in retirement homes whose family members are unable to visit, offer to take care of a friend’s pet (who wasn’t invited to holiday celebrations)…the list is endless.

By lifting our eyes from our own situations, we have a wider view of the world and places where we can be helpful.

“Festivas for the Rest of Us!”

And now…Festivas!  Enjoy!  Warning…Seinfeld’s humour may not appeal to everyone. 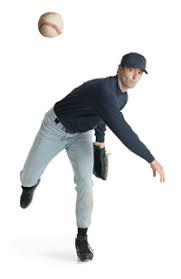 You don’t have to do it all. Sometimes life throws us a curve ball.  Maybe we have been diagnosed with a serious illness.  Our partner has ended the relationship or died.  Something else happens, and we suddenly find ourselves living alone and struggling to cope.

It is at the curve ball points in life that people often seek out a therapist.  When I’m working with people who are at this point, one of the common challenges they are encountering isn’t emotional but involves the regular tasks of life.  They are stressed about home maintenance, groceries, laundry, auto repairs, cutting the grass/snow shovelling…all the ‘bricks and mortar’ things that need to be done, no matter what else is going on in life.

It is these seemingly ‘simple’ items that can make our situation appear to be even worse than it already is.  Everything is overwhelming.

Edith is a 40-year-old, parent of 10-year-old twins.  She was diagnosed two years ago with fibromyalgia.  By working with her doctor and making lifestyle changes, her symptoms had decreased significantly.  Just as Edith thought that life was beginning to feel manageable, her long-term partner said that they wanted to end their relationship and was moving across the country.

Edith was devastated!  Suddenly she became a single parent of twins as well as in charge of running the household on her own.  The increase in stress led to an increase in her symptoms.  Anyone of these changes in life situations would be enough to make someone feel overwhelmed.  Unfortunately, Edith was handed both–with one exacerbating the other.  Edith was having trouble coping.

The Power of Habit 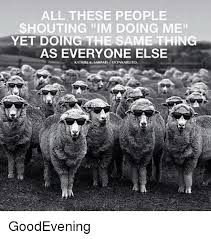 One thing that is true about humans, is that we are ‘creatures of habit’.  If we’ve done something for a while, we feel that we should continue to do it…and in the same way.  On some level this mode of being serves us well. We don’t have to keep rethinking how to do routine tasks…we go on autopilot, leaving brain space to think about other things.  However, sometimes this habit isn’t in our best interest.  We need to make alterations.  Habits are difficult to overcome when our lives are on an even keel, and when we are stressed we don’t usually have the mental space to make changes.

When I suggest to people that they may want to try something different, I’m often met with the response “but I’ve always done it that way” or “so and so will be so disappointed if I stop doing this” or “If I don’t do it, I’m failing as a …..”.

These comments especially come out at curve ball times, when we trying to cope with a new reality.

We Don’t Have To Do It All!

It often comes as a surprise to people that they don’t have to do it all.  They are allowed to ask for help or ‘outsource’ tasks.

One of the best resources that I’ve found is the book CEO of Everything:  Flying Solo and Soaring by Gail Vaz-Oxlade and Victoria Ryce.  While the title is aimed at ‘newly single’ people (either through death or divorce), the book is valuable in many situations.

Both the authors speak from experience (Gail through multiple divorces; Victoria because of the death of a spouse).  Between the two of them, they cover everything from coping during the early stages of change to childcare to dating to housing.  They share their thoughts and experience on what to look for as you make decisions on whether to outsource or not.

The thing that I appreciate most about this book is that it gives the reader permission not to have to do everything.  In fact, the authors logically explain why it’s impossible–especially if you’re trying to cover the work of a missing person when life has been turned upside down. 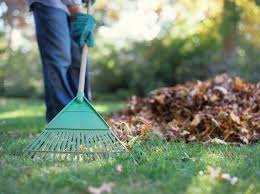 After a while, Edith realized that she needed help with her ‘to do’ list.  She figured out what she could manage based on her health and time commitments.  Talking with her therapist she was able to see how the difficult emotions of grief and guilt were getting in the way of making choices about what tasks she could let go of.  Edith knew that, after her own self-care, her main priority was supporting her children through this change.

Once Edith became clear about where she wanted to focus her energy, she created the list of what else needed to be done and who could help.  Even though Edith didn’t feel comfortable asking for help, she began to accept offers from friends and family.  Thankfully, she could afford to pay someone for any other help she needed.

The road ahead for Edith and her children wasn’t going to be easy, and at least she had less on her plate taking up her time and energy.

But What if you can’t afford to hire someone?

Not everyone is as fortunate as Edith in being able to hire help.  This is where your support system can come in–those friends and family members who help each other when the going gets tough.  With an established support system, we’re less likely to feel uncomfortable asking for help.

However, not everyone has been able to create such a system, either due to being new to an area, work pressures, etc.  So where can we look for help when facing a curve ball?

And now if you decide to get help for household repairs or chores, watch out for this guy!  It’s some classic British comedy for the series Some Mothers Do Av Em.  Enjoy!